Remarriage and You: How a Prenuptial Agreement May Protect Your Future & Your Estate 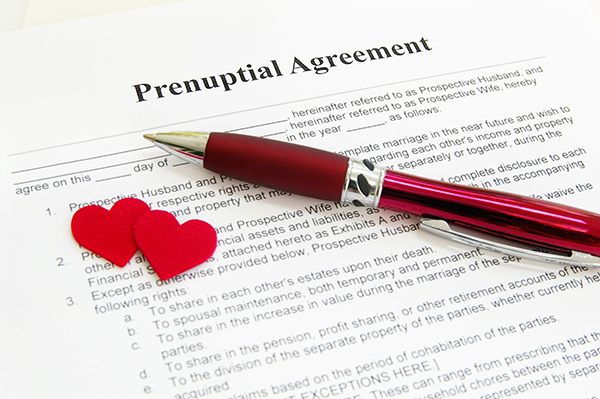 According to research performed by Pew Research Center, remarriage becomes more common the older that we get. Of course, this happens for multiple reasons. It is estimated that around 43% of adults between the ages of 25 and 34 years old get remarried; adults between the ages of 35 and 44 years are 57% more likely to be married more than once. If you’re considering remarriage in Texas, it’s important to understand how a prenuptial agreement may protect your future and your estate.

Divorce and Survivorship in Second or Additional Marriages

Although the likelihood of remarriage rises as someone gets older, individuals in the prime years of starting a family clearly remarry. The process of creating a new family can be difficult from a personal perspective. One consideration that is rarely voiced is what will happen if the marriage fails or if a biological parent passes away.

If a divorce occurs, assets (including retirement plans) and liabilities must be split as Texas is a community property state. Either party may attempt to prove that a certain asset is their personal property that they:

The parties may go through divorce settlement negotiation where they agree how assets will be split. Yet, that there is no guarantee that either party will get everything they want or need. This may have an impact on minor children of one or both parties.

Liabilities are also split. Similar to assets, there may be community debt or personal debt. There may also be debt caused by one spouse acting as an agent for the other to make what Texas considers necessary purchases. Necessary purchases include items such as food, clothing, and medical care. There may be joint liabilities such as credit cards, department store cards, and cell phone contracts that must also be addressed. These are other points that may be negotiated, but there are times when a spouse may be assigned to debt that they do not believe they should pay. That, too, may negatively impact minor children.

While the thought of death isn’t pleasant, the dying process is a fact of life. Unfortunately, illness and accidents may occur at any age. When someone remarries, their spouse is entitled to a portion of their estate. The children will inherit the deceased spouse’s share of the community property. However, one-third of personal property of the deceased will be provided to the spouse. When the surviving spouse dies, any remaining real property may then be divided up between minor children. Yet, because are dealing with biological and step-children, things have the potential to get complicated as well as become a financial detriment to the children. Although Texas has strong inheritance laws that favor biological children over spouses, that doesn’t mean that the surviving spouse cannot or will not put up a fight.

How a Texas Prenup Can Be Used to Protect Your Children

Although remarriage isn’t an uncommon occurrence, prenups aren’t used in Texas as often they should because they have a negative reputation. Prenuptial agreements are an essential tool that can be used during remarriage to protect your biological children in the event of another divorce or your death.

A prenuptial agreement can be used to protect both parties and their heirs. It does not have to be (and should not be) used as a tool to punish one party if a divorce or death occurs. Texas courts consider the reasonableness of a prenuptial agreement to determine whether it should be enforced.

Under Texas Family Code 4.002, a prenuptial agreement must be in writing and it must be signed by both parties. Under Texas Family Code 4.004, the document must be signed before the parties marry. The prenup may be used to explicitly state how property will be divided if a separation, divorce, or death occurs. It can also address important topics such as mortgages, spousal support, how wills or trusts must be drafted, and distribution of life insurance policies.

Although that’s not a full list of topics that may be addressed in a Texas prenuptial agreement, those are examples of interests that may directly impact minor children brought into a new marriage by one or both spouses.

Before signing a prenuptial agreement, both parties should have their own lawyers (separately) review the agreement and advise them of whether it is fair or has some concerning issues. A lawyer should also be used to draft the initial agreement with the objective of protecting the minor children in mind.

Considering a Prenuptial Agreement Before Remarrying in Texas?

If you’re getting remarried, you should consider a prenuptial agreement. To discuss how a prenup can protect you and your minor children, call the Law Office of Julie Johnson now at 214-265-7630. We provide free initial consultations.